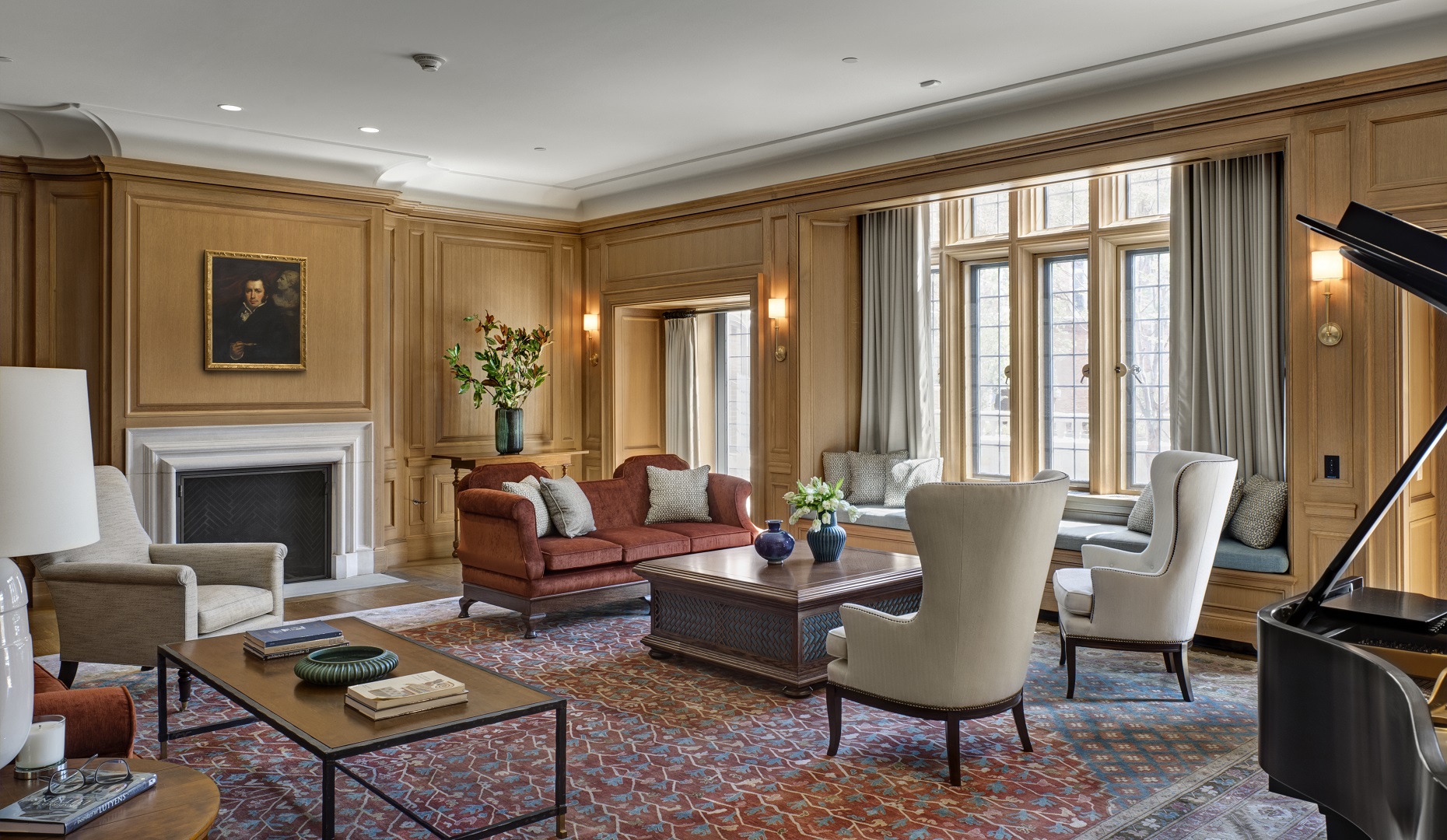 Millwork One’s recent completion of the remarkable Residential Colleges marks a major mile stone as one of the largest millwork projects ever completed in New England. This mega project’s journey started in 2011 when we began discussing details, materials and constructability with the team’s New York office at Robert AM Stern Architects. It’s difficult to put into words the sheer magnitude of the beautiful monumental architectural woodwork manufactured and installed in some of the many residential and gathering spaces as well as the two Master’s Houses.  The Dimeo Construction team, headed up by Paul Aballo (VP of Construction) & Andrew Schiff (Sr. Project Manager) assembled a world class staff that was beyond capable and dedicated. The Millwork One team, headed up by Glen S. Aballo (VP of Project Management) exceed all expectations with coordination, engineering, fabrication and delivery.

Andy Schiff of Dimeo was quoted as saying “This was one of the largest, complex, and high profile millwork projects I have had the pleasure of in being involved with. The project management, and in particular the tireless efforts of Glen Aballo, are to be commended. Glen spent countless hours on site, in meetings, and in the shop with our project team members to ensure that every detail was vetted and came together as per the client’s needs.  From our visit to the shop it was immediately apparent that much of the really hard work was in the engineering done by the professionals at Millwork One. The detail to joinery, and finish were really of master carpenter quality. The Millwork One team came up with the solutions for fabrication and a batching system that allowed just in time deliveries for each area of the project as our installer needed them. Most items came to the site as a kit of parts, which cut down dramatically on the amount of install and waste normally seen on projects. On this size project, this was an absolute must. I would like to express my gratitude to the men and woman at Millwork One for the exemplary efforts in completing the new Residential Colleges.”

Kurt Glauber of Robert A.M. Stern Architects states “Working with Millwork One and Glen Aballo was a pleasure.  Each space offered its own unique challenges and issues, so there were many on-site meetings and reviews to address the issues and continue to meet the construction schedule. Millwork One was always available and diligent in asking the right questions, at the right time helping the project maintain the quality of the small details as well as the big picture.” When asked what items produced by Millwork one do you consider the most intricate or noteworthy he said “The public spaces, like the dining halls, the libraries, and the lounges, are very ornate, but perhaps the most noteworthy aspect of the project is the scale”.  When asked what was the most challenging aspect of the project and why?  He stated “There was no one aspect of the project that posed a greater challenge than what we were trying to achieve in total.  This was the most challenging project in the career of most of the people involved.”